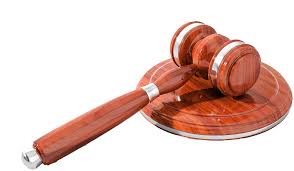 A limitation period is the period of time that a party is allowed to bring a claim to court. We know that, in response to COVID-19, Ontario limitation periods have been suspended retroactively to March 16, 2020. However, it is currently unknown what extension of time will be granted. We suggest that all parties be ready with their court materials.

How long can a party wait to bring an action to set aside a domestic contract? The answer to this question is much simpler than you may think.  The maximum period of time that a party can wait before bringing most legal claims is governed by the Limitations Act, 2002.  The general limitation period as per the Limitations Act is 2 years. This 2 year period applies to most areas of law, including family law, aside from family law claims for equalization of net family property, as set out in section 7(3) of the Family Law Act, 1990, requiring that a property claim be brought within the earliest of either:

(a) two years after the marriage is terminated by divorce or nullity;

(b) six years after separation and there is no reasonable prospect of resuming cohabitation; or

(c) six months after the death of the first spouse.

The applicability of the 2-year limitation period with respect to setting aside a domestic contract, and the equalization limitation period is perfectly evident in a recent Ontario Superior Court of Justice case, F.K. v. E.A.2019 ONSC 3707. We have discussed this case in great detail on video as well: https://youtu.be/1Q5X7PV3DV0

Justice Minnema very clearly stuck down each of the husband’s arguments,  based on the presumption under Limitations Act, section 5(2), where parties are presumed to have known of the issues upon which the claim is based, unless the contrary is proven. Minnema J found that it was obvious that the husband had discovered, or ought to have discovered issues with the marriage contract at the date on which it was signed.  Furthermore, even if he had rebutted that presumption, it was evident that the husband had discovered that the viability of the marriage contract was an issue long before he issued his application.  This was due to the fact that the husband did not issue his application until almost 5 years after speaking with a lawyer in 2012 regarding the viability of the contract, during which he was given the impression that the lawyer “took the position that the Marriage Contract was not valid” and that the “contract was not worth the paper it was written on.”

Furthermore, it is well established law that confusion or ignorance of the law is not a defence and, as a result, the husband’s argument that this was a novel case and that he had not known about the limitation period, was not accepted by the court.  The husband’s final claim that the limitation period was suspended until 2017, due to incapacity was also not accepted by Minnema J.  The husband had claimed that he had mental health issues and bipolar disorder which delayed him from bringing his application. Yet again however, a legal presumption, this time in section 7(2) of the Limitations Act, resulted in his claim being dismissed.  This presumption provides that a person is capable of commencing a proceeding, unless the contrary is proven.  Justice Minnema found very clearly that the husband had not done so, and thus the presumption stood.

What this case stands to emphasize is that when you seek to set aside a domestic contract dealing with support/equalization, you must do so in a timely manner.  The law very clearly states that the 2-year period applies, and while it is not impossible to argue to set aside the 2 year period, you cannot wait 5 years before bringing a claim and not provide an appropriate and justifiable reason for doing so, as was the case here.

*The above is prepared by Soica Law Professional Corporation, written by Nicholas Heslop (law student), supervised, and is not intended as legal advice.